Felix achieved his first Finnish Championship after a very tight battle. He had to win both races at Virtasalmi on 23-24 August since he was trailing Peter Paloranta by 10 points before the weekend. After the final race of the season Felix and Peter were equal on points, but Felix won the championship by virtue of having more victories.

In Saturday’s race Felix made a good start whereas Peter lost a few places. However after few laps Peter caught Felix. The youngsters switched places a couple of times and the fight continued to the last corner where Felix managed to pass Peter and hold the lead to the chequered flag winning by 0.495 second. Both riders improved their personal track records by a large margin: Felix to 1:33.676 and Peter to 1:33.683.

The season’s last race on Sunday was interesting since the winner of the race would be the overall champion. 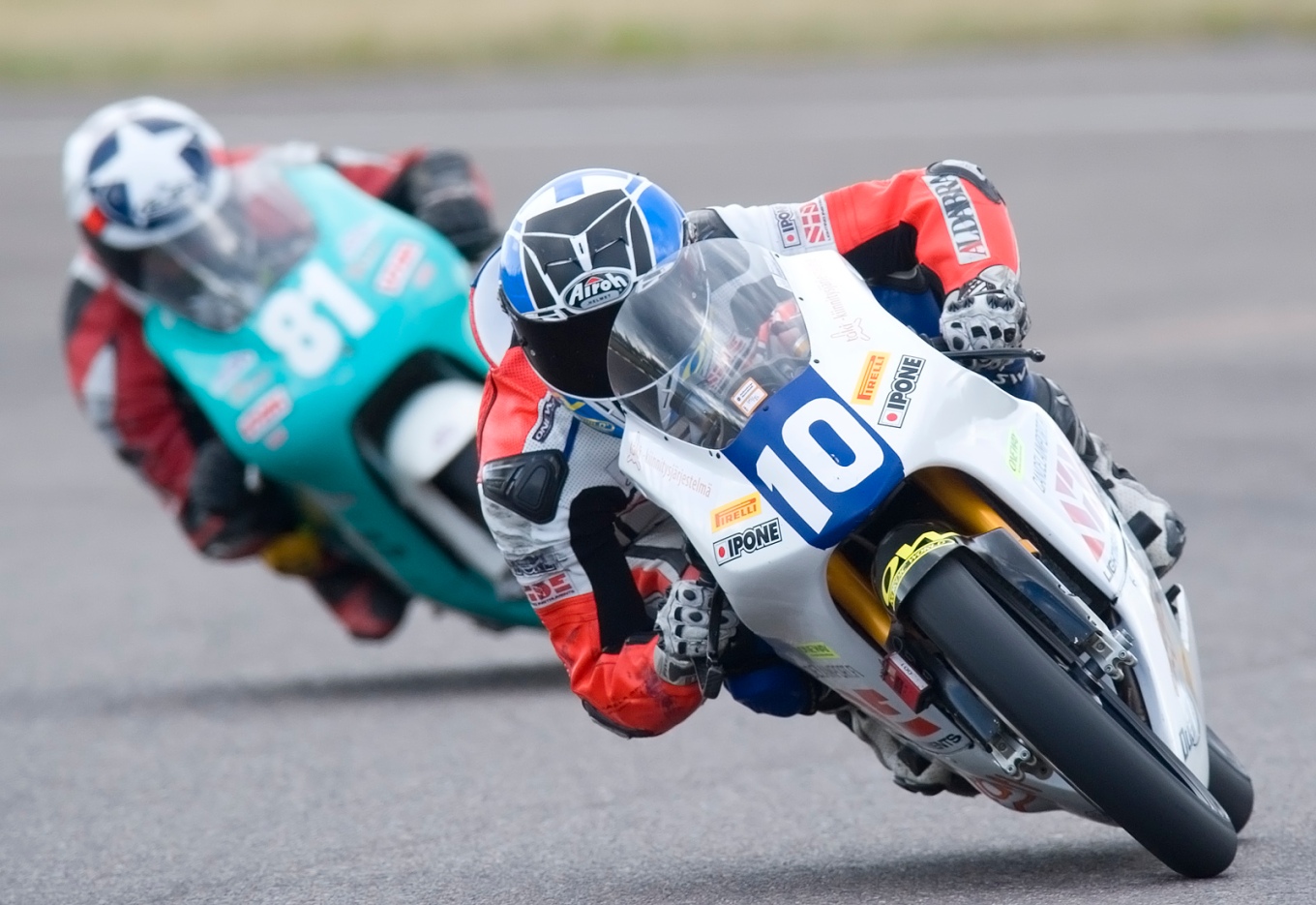 This time it was Vili Virtanen who was leading at the first corner, but soon Felix and Peter took their places at the front with Felix in the lead. Peter did not manage to pass Felix despite some very good attempts. The Moto3 race was the tightest of the day and the audience really enjoyed the fight. At the end Felix won by 0.500 seconds and both riders again improved their personal track records by over half a second each.

”The championship tastes really good after such a tough fight”, commended Felix after the race.