Felix Nässi secured his Swedish Moto3 championship at the very fast Falkenberg race track on 16-17 August. Felix has now 67 points lead over Martin Svensson and there are only 50 more points available from the remaining two races. 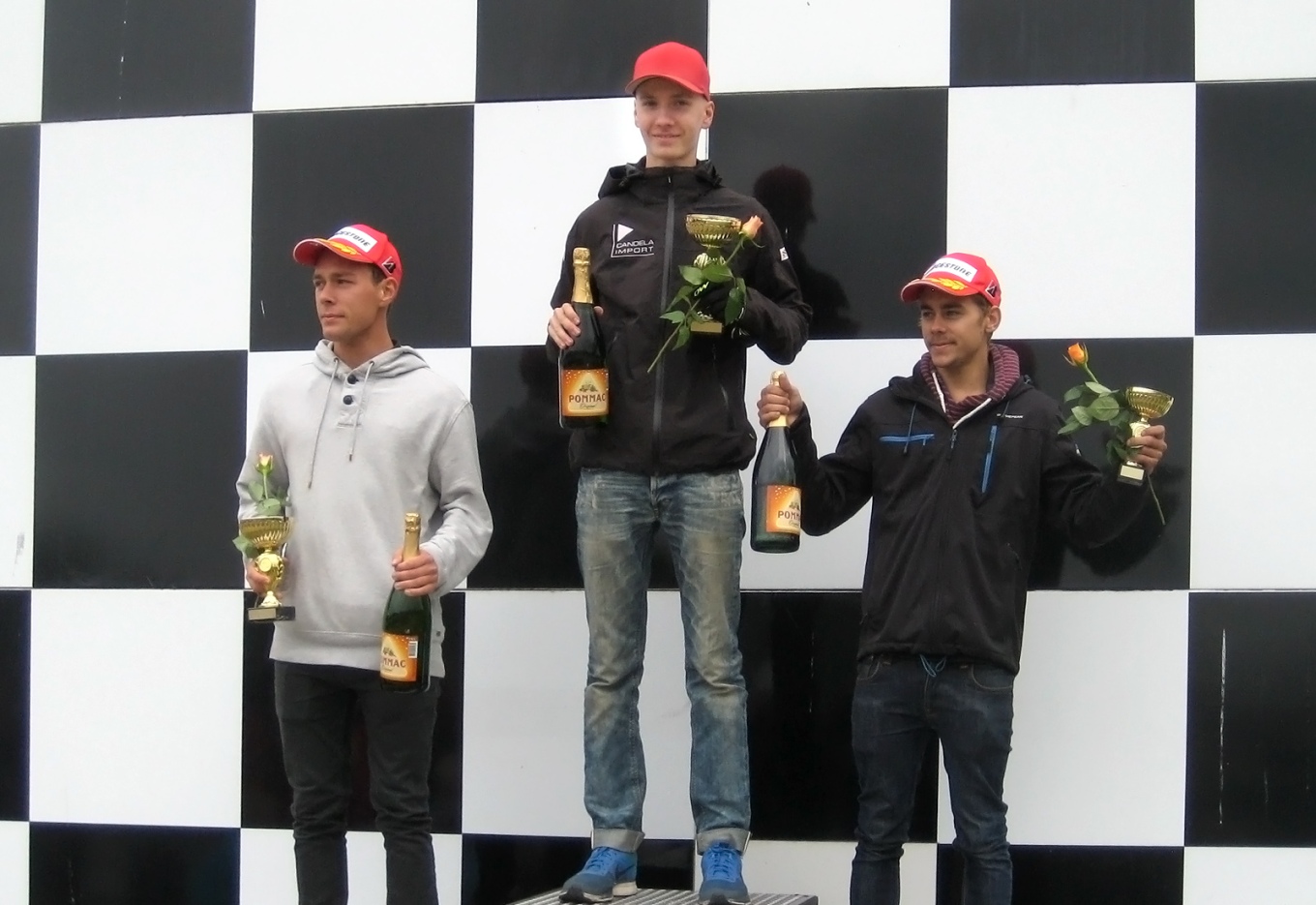 The first race on Saturday was run in very windy conditions on a slightly wet track with few more drops of rain during the race. Felix won the heat by a 0.7-second margin over Martin Svensson.

On Sunday morning it was already raining and a continuous rain was forecast for the whole day. At the morning timing session Felix was the fastest followed by Alex Persson, 1.3 seconds behind, and Daniel Hermansson. During the race the rain was even heavier and conditions were very challenging for all the riders. There were some demands to stop the race due to the poor visibility and large puddles of water at the track. However the organisers let the race to continue to the full length of 22 laps. The race was won by Alex Persson and Felix was second only 0.22 seconds behind. The rest of the field was way behind of this duo. The conditions were so bad that the rest of the racing for the day, including superbike race, was cancelled.

”I must be really satisfied finishing the race and securing those very important points. The track was very slippery and really unpredictable. The championship was confirmed and it was the most important thing today. ”Felix said after the race. 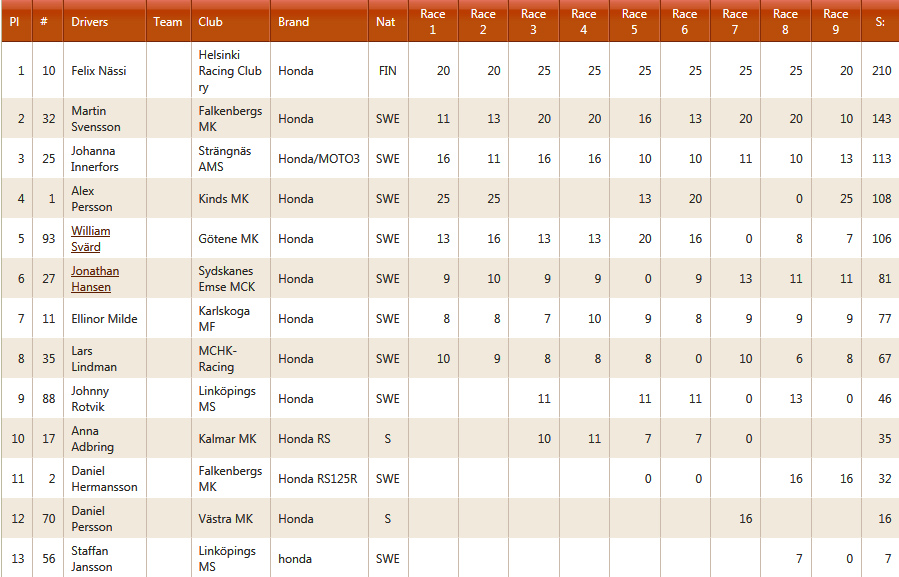